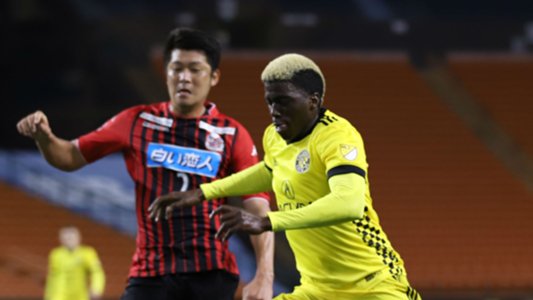 Zardes was in superb form as he netted a brace to lead Columbus Crew to an emphatic 4-0 victory over Inter Miami. The American player scored a goal in each half on the way to a resounding victory.Zardes is a key player for Columbus Crew in their quest to secure a playoff spot in the Eastern Conference as far as MLS football is concerned.

With the game between Columbus Crew and Inter Miami at a deadlock, Zardes gave his team the lead via a header on 39 minutes off the assist from Pedro Santos. Columbus Crew scored two quick-fire goals just before the end of the first half to establish a two-goal lead at the break. Pedro Santos turned scorer from provider with the second Columbus Crew goal.

United States international Zardes added a third goal for Crew four minutes after the hour mark to take the game away from Phil Neville and his Inter Miami side. Zardes completed his brace against Inter Miami via a header and off another assist from the abovementioned Santos. An own goal from Inter Miami player Leandro Gonzalez Pirez wrapped up a dominant victory for Columbus Crew.