SOUNDERS OUT OF US OPEN CUP

Newly crowned CONCACAF Champions League winners Seattle Sounders have been knocked out of the US Open Cup by fellow MLS football outfit San Jose Earthquakes. San Jose  Earthquakes needed penalties to see off their fellow MLS football team Seattle Sounders in the last 32 of the US Open Cup which was played at the Starfire Sports Complex in Tukwila, Wash on Wednesday. 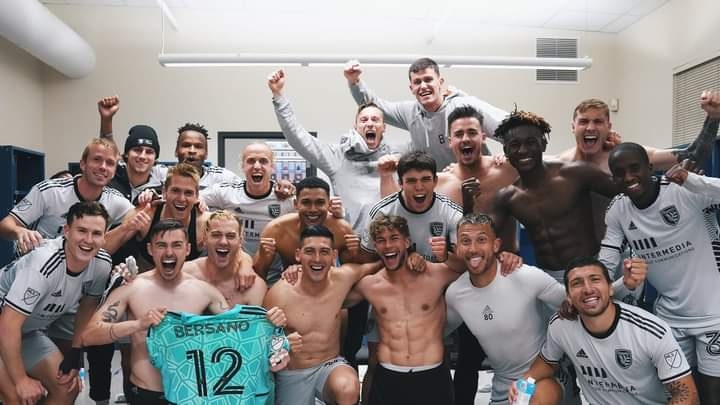 San Jose Earthquakes made a fantastic start to the last 32 tie in the US Open at the expense of the CONCACAF Champions League holders after Jack Skahan scored from the penalty spot. Skahan could have doubled the lead for San Jose if not for the save made by Stefan Cleveland in the Seattle Sounders goal. Cleveland ensured that the scoreline was maintained at 1-0 when he denied Skahan his brace. The best chances of the first half for Seattle Sounders were just before the half-time interval and they were either saved or blocked by Matt Bersano in the San Jose Earthquakes goal. The penalty goal from Skahan was the difference between the two teams at the end of the first half.

San Jose Earthquakes doubled their lead five minutes into the second half when Cade Cowell found the near corner after a turnover. The second goal proved to be a wake-up call for the Sounders with Jimmy Medranda pulling one back via a well taken 25-yard free-kick four minutes after the second San Jose Earthquakes goal. The header from Fredy Montero thirteen minutes from time then forced penalties.