New England Revolution are now unbeaten in their last seven games in MLS football after they were forced to a 1-1 draw by visitors Orlando City SC. The Revs took the lead during the MLS football clash played at Gillette Stadium on Wednesday, but they could not take the points at stake after they were pegged back by the away team. 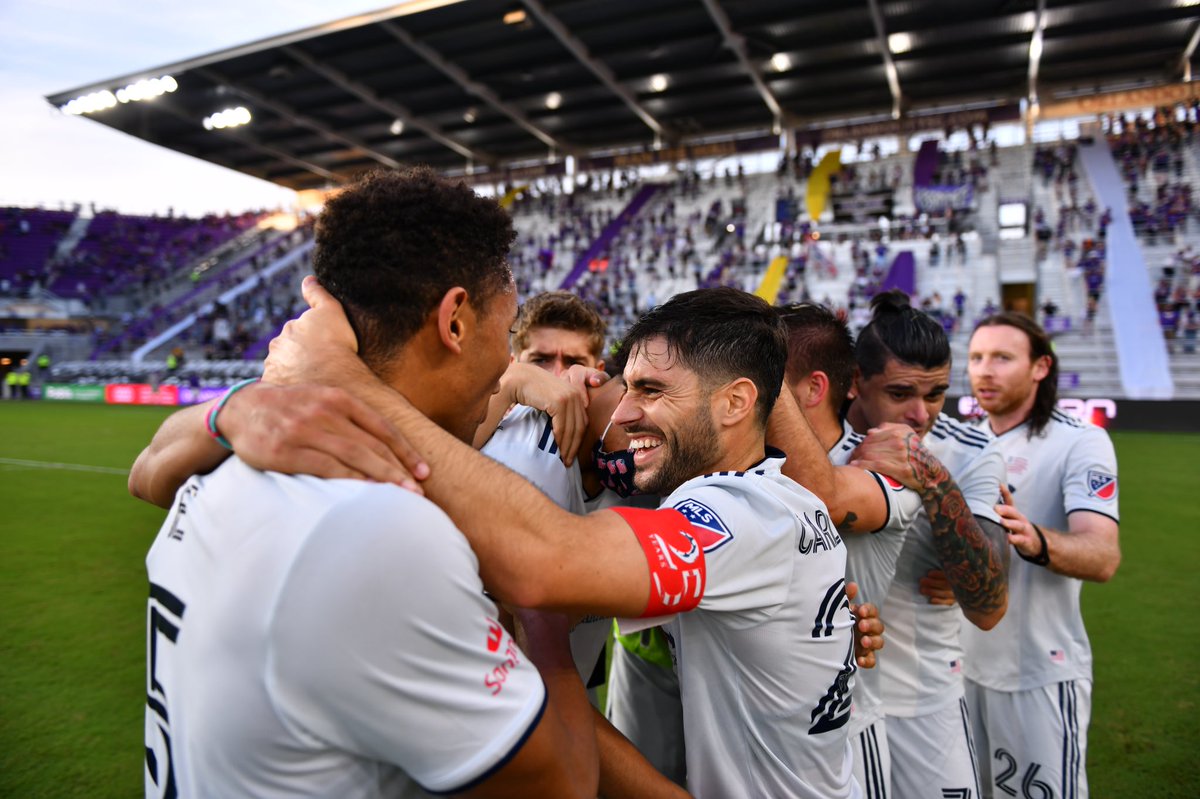 Hosts New England Revolution came into the Orlando City game on the back of a six-match unbeaten streak in MLS football and they were able to extend it to seven games despite the disappointment of playing a draw with Orlando City in front of their home fans.

New England Revolution took the lead just before the midway point of the first half through Spanish star Carles Gil for his fourth goal of the season. The Spaniard received a cross from Gustavo Bou before cutting onto his left foot to deliver a curling strike that Pedro Gallese in the Orlando City goal had no chance of saving. With the opener from the game, Gil was able to take his tally to 11 goal contributions meaning that he has four goals and seven assists since the start of the new season in MLS football. Bou provided the assist for the goal, his third in five regular season games against Orlando City.

Orlando City ensured that they left the Gillette Stadium with a point at least thanks to the equaliser from Robin Jansson on 35 minutes. New England Revolution goalkeeper DjordjePetrovic made his second league start and his home league debut during the Orlando City game, but he was unable to keep a clean sheet. The Serbian goalkeeper saved four of five shots faced during the game.

With the draw, Orlando City and New England Revolution stay in fifth and sixth respectively as far as the Eastern Conference log is concerned.