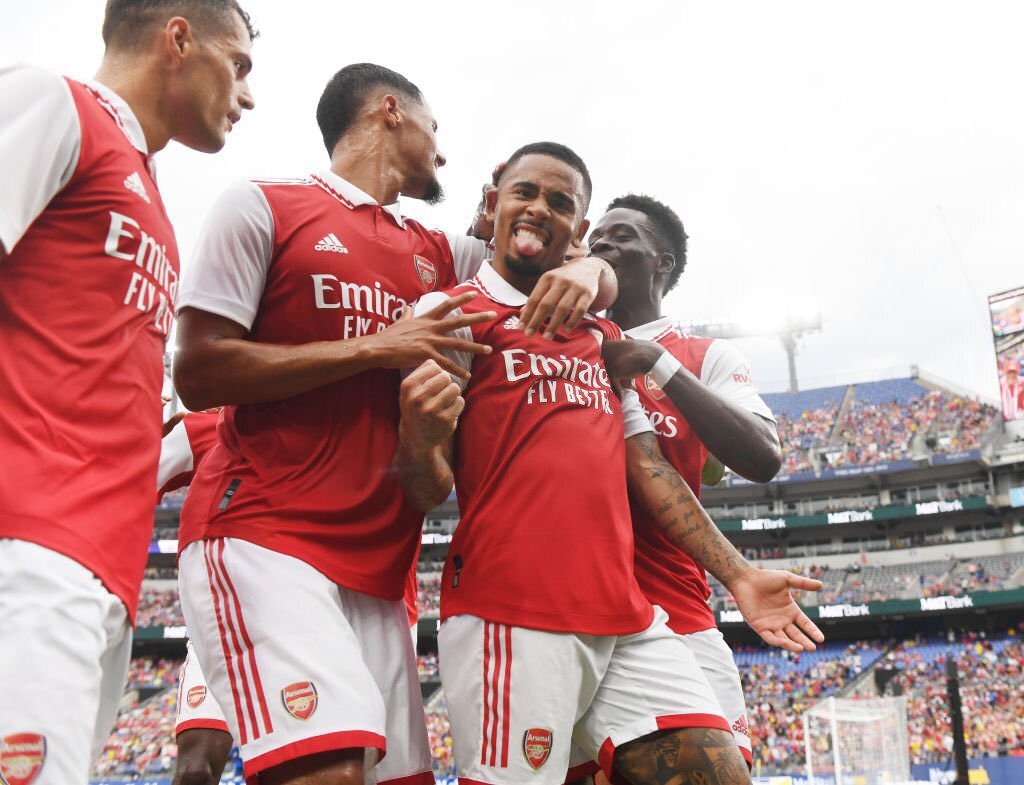 Arsenal began their pre-season friendlies this summer with an emphatic win over Ipswich Town who are in League One. Former England junior striker Eddie Nketiah was the star of the show after he scored three times, while the likes of Albert-Sambi Lokonga and substitute Folarin Balogun were also on the scoresheet for the North Londoners.

Manager Mikel Arteta and his Arsenal players were tested fiercely in their second pre-season game after they came from a two-goal deficit at halftime to beat hosts Nuremberg 5-3. The Gunners scored five goals in the second half as new signing Gabriel Jesus made a big impact. He came on at the start of the second half and went on to score a brace, while fellow substitute Mohammed ElNenny was also on target for the Premier League team. Brazil international Jesus was the star of the show for Arsenal on the occasion of his debut following his big move to the club from Premier League champions Manchester City this summer. The Gunners reached an agreement worth £45m with City before signing him.

Arteta and Arsenal made it three wins from three pre-season friendly games with the 2-0 win over fellow Premier League team Everton on Saturday night. Jesus was on target again with the first goal and he provided the assist for the second goal. The two goals came within two first half minutes.

MLS football outfit Orlando City would be wary of new Arsenal striker Gabriel Jesus when the two teams meet. He has scored three goals and one assist in just 90 minutes of action for the Gunners.