Premier League legend DimitarBerbatov has moved to Asia to feature in the Indian Super League (ISL) following an agreement with Kerala Blasters, according to reports. 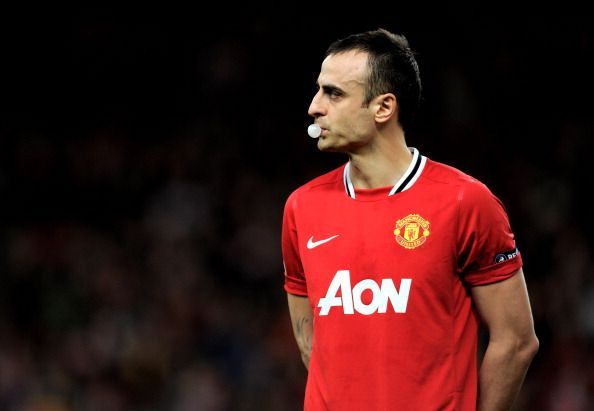 The former Tottenham and Man United man would reunite with a former United coach Rene Meulensteen at the Blasters.

Berbatov was a key player at Old Trafford after joining them from White Hart Lane on Deadline Day in 2008. The Bulgarian was earlier speculated to be set to return to the English top flight following interests from two teams including Watford.

Kerala Blasters FC took to their verified Twitter profile to confirm the completion of the deal.

“Golden touch,turns like a dream & a deadlufinish.The Bulgarian Hitman is set to take ISL by storm. #DimitarIsYello #KBFC #NammudeSwantham [sic].”

Recently Rep of Ireland legend Robbie Keane moved to same ISL to feature for the champs ATK. The side would be managed in the forthcoming term by Premier League legend Teddy Sheringham. The former England international turned coach also signed 23-year old midfield star from League Two side Swindon Town Conor Thomas, which ATL have confirmed. Sheringham would be taking over as the former manager Steve Coppell left ATK for new ISL side Jamshedpur FC.

Berbatov would play for a year, while acting as a mentor and coach to the academy side, reports claim. He would be reunited with two former Red Devils stars, aside Meulensteen. Wes Brown, who had avoided retirement at 37, and former United keeper Paul Rachubka. Rachubka and Brown were recently confirmed to have joined the Kochi-based franchise.

The ISL in its fourth year would resume on November 17th. As the league is growing, football generally is developing in the counry. India is set to host its first FIFA approved U-17 World Cup.