Levent Nazifoglu, Galatasaray Executive has made speculations that Lukas Podolski could be on a move to the China Super league, indicating that Beijing Guoan leading the bid for the 31-year old German. 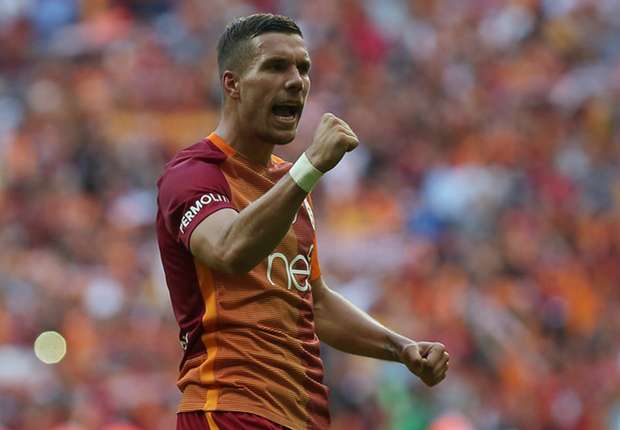 Podolski, who left Arsenal for Galatasaray in 2015 is said to be in line for a transfer to the big club. Nazifoglu told reporters that Lukas won’t be forced out of the club, but that he (Lukas) will is expected anapt decision for himself

Beijing Guoan, the Chinese Super League club have dismissed rumours of signing in Lukas Podolski. Sources report that the former Germany international is nearing a move to China and this appears to “favour a transfer” which is “nearing its completion”

According to Beijing Guoan sporting director, Jiayi Shao, there is no imminent transfer of the Galatasaray forward. He said that Podolski is an outstanding player, but he is not on the club’s target this winter.

The former Bundesligaplayer, Shao told reporters, “I am actually a bit confused. Where do all those rumours come from? I admire him, but I have to clarify that he’s not on our list.”

Sometime last week, Lukas Podolski stayed modest about his plans for moving when he spoke to reporters, saying that he will listen to what requests clubs have to offer. He told Express that: “You can’t blame me when clubs show interest, you listen to those requests, but nothing has happened.”

Podolski began his career at his hometown club at FC Koln in 2003 before securing a move to Bayern Munich, the Bundlesliga Champion in 2006. He had 129 caps for his international team, Germany, scoring a total of 48 goals. He helped his international side win the 2014 World Cup in brazil and also played a part in Bayern’s title win in 2008. Podolski has only featured nine times this season for Galatasaray